Everyone knows smoking cigarettes is detrimental to your health. The combination of combustible carcinogens and toxic chemicals has been linked to many health issues including cancer, heart disease, liver disease and lung problems. So it is no surprise that many smokers look for alternatives to try and kick the habit.

One highly successful alternative to smoking is vaping, especially when used alongside other nicotine replacement therapies and when receiving support. There is still much speculation on whether vaping is any better for you than smoking.

How Safe is Vaping – Recent Studies

Conflicting studies surrounding vaping have caused concern. Some studies have claimed that they could not prove that e-cigarettes were less harmful than combustible cigarettes. Although no studies have suggested vaping to be more harmful, a cloud of doubt still surrounds the safety of vaping. This, in turn, has put many smokers off switching, which is not good.

However, Public Health England, Cancer Research UK and the NHS all agree that vaping is far less harmful than smoking as they don’t contain tobacco or involve combustion.

Without the combustible ingredients, there is no smoke, tar or carbon monoxide. This means that the damage caused to people’s lungs is dramatically reduced. Plus there is no second-hand smoke to affect the people around vapers.

Public Health England stated that there is no more harm from the nicotine ingested from vaping than there is in any other nicotine replacement therapy and that it is significantly safer than smoking.

There has been a lot of debate regarding the safety of vaping from pretty much the day they arrived on the market. The NHS carried out the first long term study on vapers in the UK which involved 181 smokers or ex-smokers. This is one of the first studies to have taken place outside of a laboratory amongst real world users.

The volunteers took lifestyle questionnaires and provided samples of breath, saliva and urine. The sample group were split into smokers, people who had quit and were using e-cigarettes or other nicotine replacement therapy (NRT) and smokers that were trying to quit and switching between NRT and smoking. The users of e-cigarettes had to have been vaping for at least six months to be included in the study.

What the results of the study demonstrated was that the levels of toxic chemicals and cancer-causing substances, carcinogens, in former smokers using e-cigarettes was significantly lower than those who were still smoking.

However, the combination users, switching between smoking and e-cigarettes still had very high levels of carcinogens and toxins in their system. So although it may save a bit of money to be a combination user, it does not provide significant health benefits.

The results do appear to support the PHE study that claims e-cigarettes are 95% safer to use than smoking tobacco. 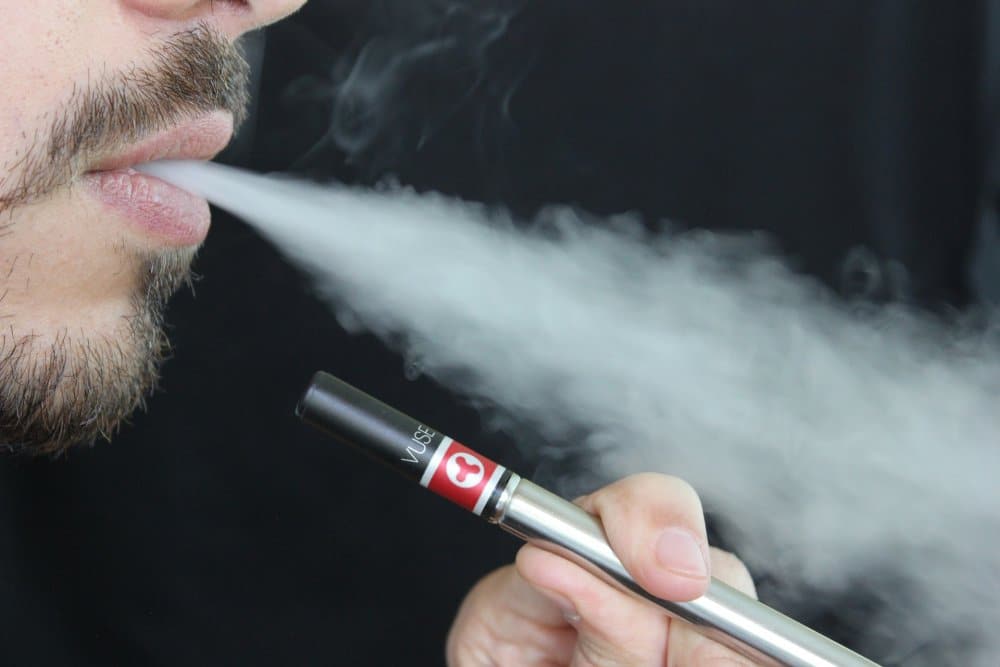 E-liquids contain nicotine, which is addictive. However, it has been proven that nicotine is not what is responsible for the major health problems caused by smoking. It is the other chemicals and combustibles in cigarettes that cause the majority of health issues. The evidence to date shows that e-cigarettes are far closer to other NRT products than they are to tobacco concerning harm to your health.

Although there is not yet definitive evidence to show that long term use of e-cigarettes is perfectly safe, there is plenty of evidence that shows there is reduced risk of cancer or cardiovascular disease.

In 2017, Cancer Research UK funded research that demonstrated that the long term e-cigarette users had a significantly lower number of toxicants present in their urine than smokers. These toxicants included metabolites of the lung carcinogen NNK and a number of volatile organic compounds.

Some e-cigarettes have been found to have traces of toxic chemicals, although at significantly lower levels than tobacco cigarettes. A study that screened the toxicity of vapours from 12 brands of e-cigarettes found that the four groups of potentially toxic and carcinogenic compounds were 9-450 times lower than in tobacco smoke.

The National Centre for Smoking Cessation and Training (NCSCT) found that cases of fatal nicotine poisoning are extremely rare. The nicotine delivered via an e-cigarette poses minimal danger to adult users. As with any NRT, having more nicotine than you are used to may cause a feeling of nausea or light-headedness. However, both these feelings will quickly subside if you reduce the level of nicotine that you take.

Nicotine products should, however, always be kept away from children to prevent accidental poisoning, just as you would with domestic cleaning products and medication.

The toxicants in second-hand tobacco smoke are responsible for thousands of deaths every year. However, as e-cigarettes don’t use combustion, there is no smoke or side-stream vapour. The only source of second-hand vapour would be from that which the user exhales. The evidence to date shows that second-hand vapour has much lower levels of toxicants and is of minimal harm to bystanders and users alike.

How Safe is Vaping – Conclusion

The research carried out by Public Health England, The Royal College of Physicians, Cancer Research UK, The NHS and so many other health organisations all point to the relative safety of e-cigarettes compared with smoking.

To truly receive all the benefits to your health, you will need to quit smoking altogether when using e-cigarettes or any other nicotine replacement therapy. Being a combination user will not reduce the harmful toxicants in your body by any significant amount.

Of course, the best thing for your health all around is not to smoke or use any NRT products. However, statistics show that e-cigarette users are far more likely to stop smoking for good than those who try to go it alone.

So if you are a smoker and you want to stop, then you can be safe in the knowledge that e-cigarettes are not only a safer alternative, they will also ease that transition to being smoke-free.