Vaping is becoming increasingly popular and starting to enter the mainstream consciousness thanks to TV advertising and the considerable increase in vape shops on the high street and internet.

However, the world of vaping can seem a little daunting to beginners who are unsure of what they need to get started, and what some of the jargon used to describe vaping equipment means. They may also be put off by the more than occasional negative news story that crops up in the media.

Our series of beginner’s guide’s aims to help those who are new to the world of vaping through the basics of what equipment is needed to get started. We’ll explore e-liquids more closely, explaining how they are made and what they are made from and also look at how smoking traditional cigarettes compares to vaping.

For those reading this who are not new to vaping, we do not claim this to be a definitive guide. As terminology and the vape market, in general, develops quickly some aspects may become out of date. Our goal is to be informative, and a starting point from where new users can explore the vape world further.

What is an E-cigarette

An e-cigarette consists of three basic parts. The first is a power source which is typically a rechargeable battery. Next is the tank or cartridge which holds the e-liquid and can also be known as a cartomiser or clearomiser. Finally, there is the atomiser which heats the e-Liquid.

In many cases, two or more of these parts may be found in the same device, such as the tank, or each may be purchased separately. Whatever set up is used all three components must be present to turn your e-liquid into vapour. Below we examine each part in more detail.

The choice of e-cigarettes is vast, and if we were to cover them all this article would be extremely long and incredibly tedious. Instead, we will focus on three types or categories of e-cigarettes commonly available on the market today.

The lines between each group are a little blurred, so we will speak in general terms only. You may very well find traits of one type of e-cigarette appearing on products from other categories.

Cigalike’s are our starting point; these are designed to resemble traditional cigarettes and are similar in both size and shape. Many even come in a traditional looking cigarette box. Some Cigalikes are rechargeable and refillable, however more commonly they are made to be used once and disposed of, and are priced accordingly. 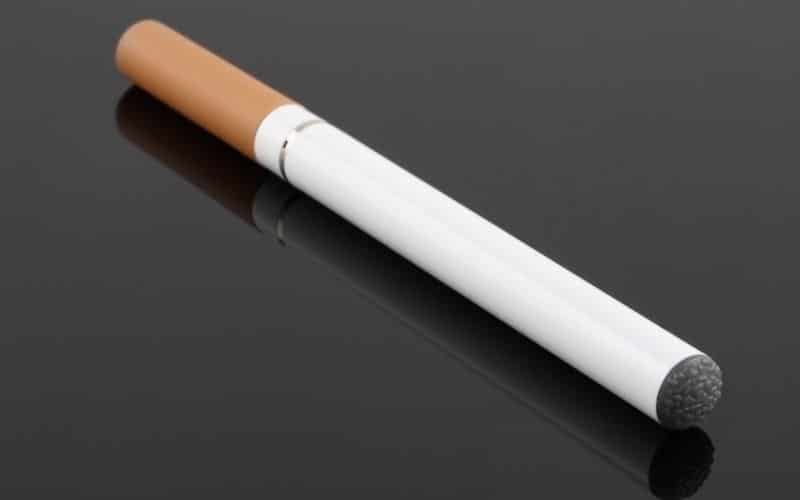 The downside with this type of e-cigarette is that they produce relatively little vapour compared with the alternatives and have limited battery life. Their small size and close resemblance to traditional cigarettes make them popular with many people, and they are often a start point for people when they first try vaping due to their simplicity.

The next group to look at are the Vape Pens which are also referred to as Evods or eGo’s. These are more powerful and have improved battery life. Importantly they don’t resemble traditional cigarettes which many users see as a significant advantage. The extra power a Vape Pen has at its disposal means it can produce much higher levels of vapour than Cigalikes, and some models have variable power features meaning you can increase or decrease the amount of vapour the pen produces based on your preference. Vape pens are refillable and have rechargeable batteries.

The term ‘Mod’ used to refer to electronic cigarettes that had been built or modified by the user. A Mod is typically the housing into which the battery and atomiser might be attached.

Today the meaning of Mods has changed, and the term now refers to advanced vaping devices which have extra functionality compared with standard devices.  There are two key groups of Mods available on the market; 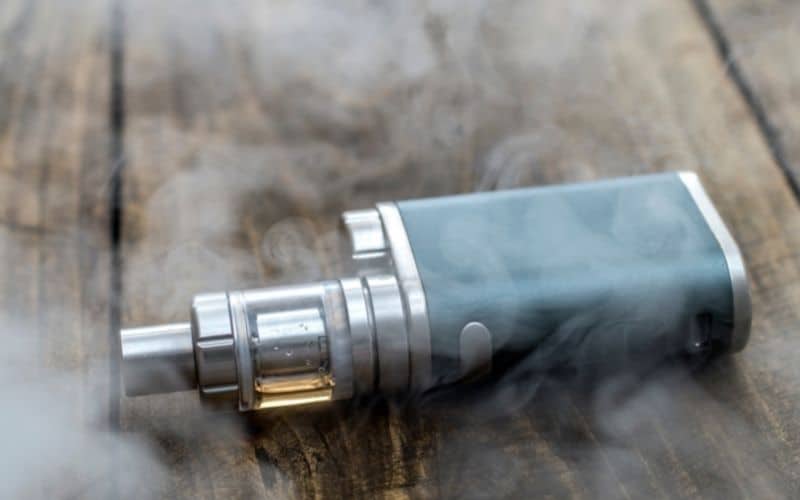 Tube Mods -We’ll cover this category quickly as their popularity is on a downward trajectory thanks to box mods which we cover below. Tube mods are similar in size and shape to a small torch and have rechargeable lithium batteries. They generally come with variable power options and a handful of other useful features that enable you to tweak and perfect your vaping experience.

Box Mods -This type of housing is becoming increasingly popular thanks to a long battery life, simplicity of use and feature-rich options. Batteries are typically rechargeable, and some are replaceable. They are recharged in much the same way you would a mobile phone, via a micro USB port or separate battery charger. Power output is high, and as we covered in vape pens, variable power features are widespread. An increasingly popular option is temperature control which helps the user get ever closer to their vape utopia!

The battery is perhaps the most critical component of your e-cigarette. Selecting the correct battery, that is compatible with your device, not only helps deliver a high-quality vaping experience but also avoids unnecessary safety issues.  We could get extremely technical and start going into lots of detail about batteries, but for the purpose of this article, we’ll stick to a general overview of the area.

Most people start with automatic batteries as they are typically found in the Cigalikes, and these tend to be where most people enter the world of vaping.  Cigalikes have a sensor that detects the user inhaling, and this activates the battery. Automatic batteries and the Cigalikes they are found in are popular due to their ease of use, and the fact they look like traditional cigarettes.  Charging time is relatively quick. However, there can be delays between puffing and inhaling the vapour.

The other option is manual batteries, where the user must depress a button to activate the battery. Manual batteries are popular as they deliver more power, and therefore more vapour.  They also provide more control to the user. This type of battery is generally larger and has a longer lasting charge than automatic batteries.

One area we’ve already briefly covered above under the housing and mods section is variable voltage batteries. This type of battery allows the user to increase or decrease the voltage the battery delivers. This level of control means the voltage can be adjusted to work best with different e-Liquids, the atomiser being used or simply to give a throat-hit preferred by the user.

For all devices, regardless of their type or complexity, the key thing to remember is safety.

When dealing with e-cigarettes that have rechargeable batteries ensure that you carefully read and follow the manufacturer’s guidance on recharging the unit, and only use the charger supplied by the manufacturer.

If your e-cigarette has a replaceable battery, it should never be left unattended when charging in case the unit fails. If batteries are dropped or damaged in any way, they should be thoroughly checked and tested before returning them to regular use. If in any doubt then stop using them and head to the shop for a new one.

Battery stacking is a means of increasing capacity and voltage in more advance mods by combining and running them together.  Stacking batteries allows you to increase the power and lifespan of your device. However, there are drawbacks, mainly around safety, and although they can be used without any issues precautions need to be taken.

The main problems occur when batteries are not paired correctly. If one battery has a lower reading than those it is paired with, then a reverse charge can occur. This can cause temperature spikes, overheating and if left un-attended the batteries could explode or catch fire.

The term Tank is now widely used to refer to the part of the e-cigarette that holds the e-liquid.

Cartomisers – These are tubes filled with a material that soaks up the e-Liquid which is then vaporised. This type of cartridge is generally found in the Cigalike category of e-cigarettes.

Clearomisers – So called as they are clear tubes which can be made from either glass or plastic. The tube is filled with e-Liquid, and this is visible to the user. At the end of the Clearomiser is an Atomiser which converts the e-Liquid into vapour.  This type of cartridge will most commonly be found in the Vape Pen style of e-cigarette and more advanced mods.

Check back soon; our next article will look at the basics of e-liquids.

PreviousA Beginners Guide to Vaping – What is an E-Liquid