Here at Red Vape, we consider ourselves to be specialists when it comes to tobacco e-liquid. We use naturally extracted tobacco (NET’s) in all our tobacco e-liquids as it gives the most authentic taste and satisfying vape. We, however, are very new to the party when it comes to using tobacco and so we thought we delve into the history books to see how tobacco has been used in the past.

The Origins of Tobacco

Tobacco is native to the Americas and comes from the same family as the potato plant, pepper and nightshade (a poisonous plant you definitely don’t want to smoke). It is believed that it began growing in around 6000 B.C. although very little is known about its earliest origins and usage.

By 1 B.C. American Indians began to use the tobacco plant as a medicine and in some religious rituals. It’s highly likely that they were smoking and chewing tobacco and in some cases using it as a halogenic enema.

The first pictorial evidence of tobacco usage was found in Guatemala on pottery which dates back to the 11th century or before. On the pottery, a Maya is shown smoking tobacco which is held together by string.

Christopher Columbus and his crew were offered tobacco as a gift by the first tribe they met when they reached the new world. They did not understand what it was at this point and it was recorded merely as “dried leaves which gave off a distinct fragrance”.

The first known smoker not from the Americas was Rodrigo de Jerez, he and his colleague Luis de Torres while looking for the Khan of Cathay in Cuba witnessed the natives wrapping tobacco leaves in maize or palm then lighting one end. Jerez quickly took up the idea and became a smoker. Upon returning to Spain and his hometown, the residents were so scared of the smoke coming from Jerez’s mouth and nose that he was locked up for seven years. By the time he was released smoking had swept across the nation thanks to all the returning sailors bringing the habit back.

Over the next century, the growing use of tobacco spreads around Europe, fuelled in part, by the belief that it had powerful healing properties. In 1571 a Spanish doctor wrote a book detailing the medicinal properties of new world plants and in it claimed tobacco could cure 36 ailments. 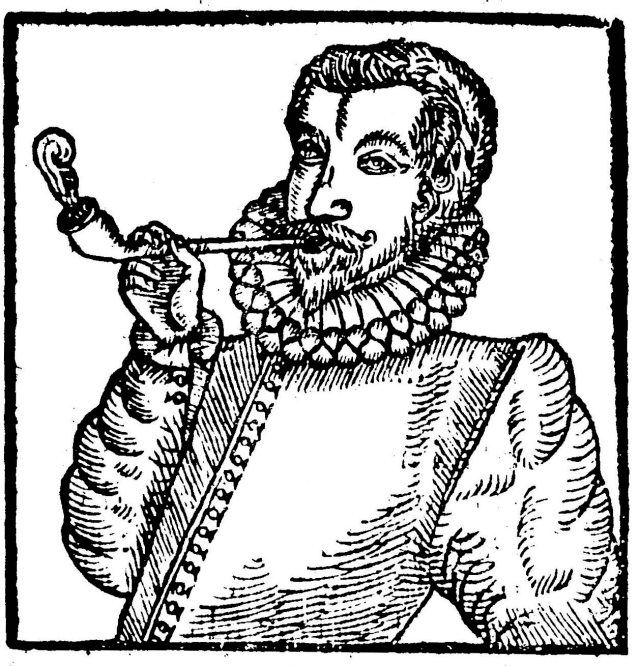 Due the scarcity of precious materials such as Gold and Silver colonists turned to Tobacco as means of trading with the Native Americans. Colonists would use tobacco to pay for essential natural resources, and in some areas, it was also used to pay taxes, fines and for the occasional marriage licence.

The early history of tobacco cultivation is closely linked to the slave trade. With the demand for tobacco rising across Europe coupled with the tobacco plants ability to prepare the very rich American soil for European crops such as barley and cereals a great deal of cheap labour was required.

Tobacco takes a lot of work and time to cultivate, and large numbers of workers were needed. Early agreements whereby workers would receive a portion of land in exchange for labour were not sustainable, and so farmers turned to slavery as the answer.

Tobacco in the Modern Day

In 1847 Phillip Morris opened his first shop selling hand-rolled Turkish Cigarettes. By 1881 the first machine capable of rolling cigarettes is granted a patent, the Bonsack Machine is capable of rolling cigarettes 13 times faster than it could be done by human hand. This, plus the introduction of matches a few years earlier, made cigarettes accessible, convenient and cheap and their popularity boomed. Big brand names that we know today started to emerge. Benson and Hedges open their first shop in the 1880’s in London. In 1890 the American Tobacco Company was formed. RJ Reynolds incorporated in 1899 and the Marlboro brand is first noted in documents when Philip Morris sets up a corporation in New York.

Despite concerns for many years by a small number of doctors and other groups regarding the health impacts of smoking, it took until 1948, when a major study by British physiologist Richard Doll was published, for these concerns to reach the mainstream. In 1950 he wrote an article for the British Medical Journal showing the close links between smoking and lung cancer. Further studies supported this view both from the UK and US.

Tobacco use in E liquids

E-cigarettes, as we know them today, were introduced by Chinese pharmacist Hon Lik in 2003 after he watched his father die of cancer. You can read all about the history of e-cigarettes on one of our older blog posts by clicking here.

Tobacco is used to flavour e-liquids, and both artificial and natural techniques for achieving this are used. Red Vape tobacco e-liquids are produced through a process known as cold maceration. By using this process, we achieve flavours in our tobacco liquids that are untainted and capture the true essence of the tobacco variety used.