Are you a smoker looking to quit cigarettes? You’ve probably considered vaping as an alternative thanks to numerous reports from the scientific community that point out that vaping is much less harmful than cigarettes. Indeed, in 2015, Public Health England declared that vaping was 95% safer than cigarettes.

But e-liquids contain nicotine! Nicotine, the addictive substance that is found in cigarettes too that has to be dangerous, doesn’t it? It always seems to be the substance that people talk about as being harmful when discussing cigarette smoking and vaping.

Nicotine though is just one of over 700 chemicals that are in cigarette smoke and out of these 70 of them have been scientifically proven to cause cancer. Many of them also contribute to other illnesses such as heart and lung disease. But did you know…. Nicotine is not one of them.

If you’re in doubt, check out what Dr McEwan, executive director of the National Centre for Smoking Cessation and Training had to say on the issue when being interviewed by Cancer Research UK’s Science Blog:

“Nicotine doesn’t cause smoking-related diseases, such as cancers and heart disease, but it is addictive. However, there’s a common misconception that you can overdose on nicotine using e-cigarettes. But you are in no danger of poisoning yourself, nor have there been any cases of overdose from inhaling the nicotine-containing fluid that an e-cigarette vaporises, known as e-liquid. So you can use your e-cigarette as often as you need to help manage nicotine withdrawal and urges to smoke.”

The medical evidence is clear, nicotine is addictive, but it is not dangerous. It does not cause any threat to health in terms of cancer, heart disease or indeed any other condition.

The only side effects you may feel from taking too much nicotine is a little light-headed or even nauseous. So when you compare vaping against smoking in terms of health effects, there’s no need to look at the nicotine because it’s harmless. What you can compare however are the other ingredients.

Now we know that nicotine is not harmful to you, are there any benefits of nicotine?

There are indeed a number of benefits to nicotine, all of which have been backed up by scientific studies.

Nicotine May Protect against Alzheimer’s Disease

There are not many people in the UK that have not been affected in some way by Alzheimer’s. Perhaps nature’s most cruel disease, to date there is no known cure. Whilst we may be edging ever closer to discovering a cure, there has been research going on to see if there are ways that the disease can be prevented or slowed down in some way. One of the areas being looked at is nicotine because statistics show that Alzheimer’s disease is much less common in people who take nicotine in some form than in people that don’t and many scientists now believe that nicotine could help Alzheimer’s.

Nicotine Can Be a Slimming Aid

It has long been known that nicotine is an appetite suppressant. In the early 20th century, many cigarette manufacturers used it as a sales tactic, especially for women who were looking to keep the weight off. We now know that nicotine activates a pathway in the brain that cuts the urge to eat.

Nicotine Can Improve Your Memory

Did you know that studies have indicated that nicotine is a very effective way of improving your memory power? One of the best things it does is to enhance what is known as your prospective memory. This is the part of the memory that remembers the future. This may sound a little odd but it’s about things such as remembering to pick your children up from school, remembering to put your bins out on a Thursday for example. Nicotine also has been shown to have a significant effect on the short-term memory too as well as response time, recollection and attention span.

Nicotine May Be Effective Fighting Depression

This isn’t yet as clear-cut as some of the other benefits of nicotine but there has been some significant research into whether nicotine can have a positive impact on depression. It seems that nicotine may stimulate particular areas of the brain that release serotonin and dopamine, the two chemicals that people with depression are short of. 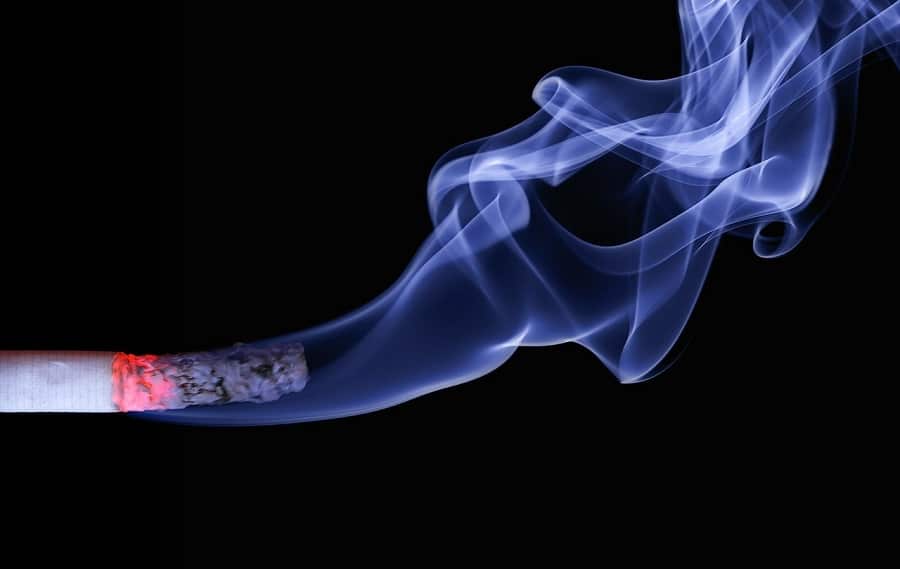 If you’re still to make the move from cigarette smoking to vaping because you thought that there were no health benefits then you should be clear about the facts. Cigarette smoking is, as we all know, extremely dangerous for your health and quitting entirely is always the best thing you can do. However, many individuals find stopping tough and vaping provides a healthier option that allows people to stop smoking traditional cigarettes. One of the great things about vaping is the different nicotine strengths available in e-liquids. This allows people who want to quit the ability to slowly reduce their nicotine intake over time which reduces their dependency allowing them to ultimately achieve their aim.

PreviousHow do the New UK Vaping Laws Effect E-Liquids?
NextWhere Can You Vape In The UK?