There is an increasing number of sub-ohm options hitting the market, but many vapers are confused as to what sub-ohm vaping is and what the Pro’s and Con’s are compared to standard vaping.

To understand Sub-Ohm vaping you need to understand what an Ohm is and what an Electrical Conductor is; OHM: The OHM is a measurement of electrical resistance named after the German physicist Georg Simon Ohm.

Conductor: An object or type of material that allows the flow of an electrical current, in the case of e-cigarettes this is the coil.

Sub-Ohm vaping is simply using a coil that that has a low resistance of less the 1 ohm.

What Does Less Resistance Mean?

The coil in your ecig acts as a conductor and controls the amount of electricity than passes through it. As resistance levels drop, more electrical current will flow. As more current is reaching the coil, it means it heats up faster and achieves higher temperatures. The hotter coil, combined with increased airflow, vaporises more e-liquid and cloud production is increased.

The Importance of Airflow

Sub-Ohm vaping is not just about low resistance coils. Airflow is essential to avoid potential damage to your device and also some pretty unpleasant tasting liquid!

Large air holes allow enough air to flow, so both the coil and the vapour are cooled. Without this, vapour can get too hot which can severely impact the flavour and also transfer some of the heat to other parts of the ecig.

What are the Benefits of Sub-Ohm Vaping

Sub-Ohming used to be a relatively advanced form of vaping and would involve building your own coils and using them with a mechanical mod. If not done correctly there were safety issues, and you had to be a pretty dedicated vaper to give it a try. Today technology has moved on, and off the shelf devices are far more common. This has led to increased demand and interest in sub-ohming as the technique is opened to the masses.

The main reason for most people wanting to try sub-ohm vaping is to achieve bigger (much bigger) clouds. It can also increase throat hit, however as most sub-ohm vapers use a high VG e-liquid this isn’t really an issue. A high VG mix in your e-liquid will also help in vapour production as the thicker, stickier consistency is best for big clouds. Take a look at our what are e-liquids guide for more details on PG and VG.

You will be using high volumes of e-liquid to achieve your lovely big clouds so it can be a more expensive way of vaping. The higher power required will also drain your battery much faster.

This point is open to debate, but generally, sub-ohming is not considered to be suitable for people who want to focus on flavours rather than vapour production. To achieve big clouds, you’ll be using a high VG mix e-liquid. VG is not as effective at carrying flavours as PG so the higher the VG ratio, the more flavour you’re likely to lose.

You can learn more about how to achieve the best e-liquid flavour from our blog post.

Like most things in life, yes it is perfectly safe if you do it properly. Providing you are aware of what you are doing and follow basic safety rules you should have no problems. 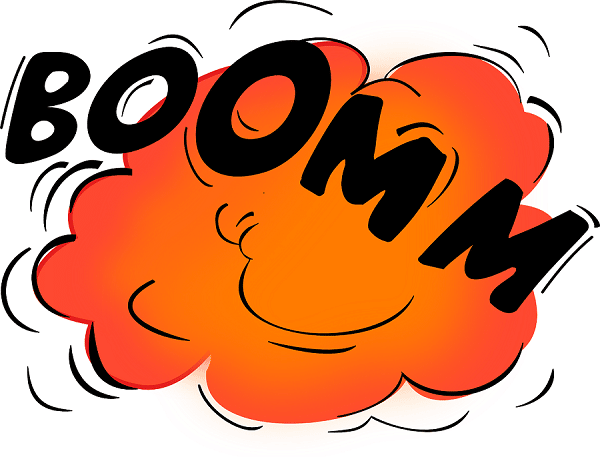 Many of the reported issues with sub-ohm vaping are from people who build their own coils and mods and perhaps don’t have all the knowledge needed to do this safely. As we’ve said above, there are now lots of off the shelf options available to people so if you visit your local vape shop, take their advice and buy a decent brand you should be able to sub-ohm safely to your heart’s content.

If you’ve not tried sub-ohming before be aware that you will need to consider the nicotine levels of your e-liquid. You take in a lot more vapour with this technique which means your body absorbs higher levels of nicotine. The majority of sub-ohm vapers stick with nicotine levels of 3mg or below.

One of the issues that vaping has with the wider public is the perception that the vapour produced is a bigger health risk as secondhand smoke. There is obviously a considerable amount of evidence that proves that this is incorrect but sadly most none vapers never get to see this. Your average person in the street will probably have seen one of two negative headlines and formed their opinions from that.

Producing huge clouds may be great for the vaper, but if it creates concern or worry for none vapers, then it will only help fuel the arguments for heavier control and further bans in public places.

Use your judgement and be considerate of those around you when sub-ohming in none vaper friendly environments.