As part of our beginner’s guide to vaping series, we have tried to create a definitive list of common terminology.  While we have attempted to include as many terms as possible, there is always the chance some have been missed. If you spot an omission, please email us with the term and a definition at customerservices@redvape.com.

Adapter: Allows parts, not originally intended for the e-cigarette to be connected to a device. An example is a different battery to the standard model.

ADV:  Stands for ‘All Day Vape’ and refers to an e-Liquid that a user is happy to vape all day for a prolonged time period.

Analog:  A slang term for an ordinary tobacco cigarette. The American spelling is always used.

Aerosol: Technically the correct term for the vapour produced by an e-cigarette. Vapour is invisible whereas aerosol contains water droplets.

Atomiser:  One of the key components of an e-cigarette, it converts the e-Liquid to vapour.

Atty:  Slang term for an Atomiser.

Automatic: A type of e-cigarette that activates on the inhale rather than needing a button to be pressed (a manual).

Auto Shut Off: A safety feature that automatically shuts the device down if overheating is detected.

Atomiser Wick: A small mesh ‘Bridge’ that contributes to moving e-Liquid through to the atomiser.

Battery: Powers the atomiser that converts the e-Liquid into vapour. Batteries can be one-time use or rechargeable.

Batt: Slang term for a Battery.

Base Liquid: The base mixture to which other ingredients are added to create a complete e-liquid. This typically comprises of VG (vegetable glycerine) and PG (propylene glycol).

Base Mix: This is the base liquid with Nicotine added. Users can then add their own flavourings as desired.

Battery Cut Off: Automatic batteries generally have a cutoff to prevent them burning out, the cut off may kick in at around 6 to 12 seconds.

Blanks: Dry cartridges that contain only filler that a user can fill with e-Liquid.

Box Mod: A type of APV that is square shaped. They offer more power than their tube counterparts.

Bridge: Another name for the Atomiser Wick.

Cartridge: The part of the e-cigarette that holds the e-Liquid.

Cart: Slang term for the Cartridge.

Cartomiser/Cartomizer: A combined atomiser and cartridge in one device.

Clouds: Describes the vapour produced by an e-cigarette.

Cloud Chaser: A term used for vapers who try and achieve the biggest vapour cloud.

Coil: Found in the atomiser, it heats the e-Liquid.

Cig-a-Like: A type of e-cigarette that looks very similar to a traditional cigarette.

Custom Mod: A type of APV or PV that is hand-made and often composed of household items.

Charger: The device that is used to charge an e-cigarette. 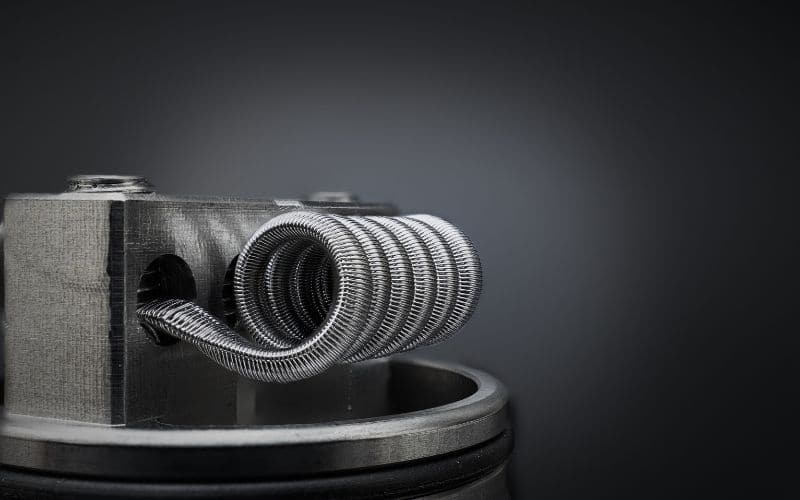 DNA Mod: An e-cigarette with a DNA circuit board that controls wattage and voltage. The DNA chip is produced by Evolv vapour.

Deep Lung: A style of vaping where the user takes one long draw and inhales the vapour directly into their lungs.

Dripping: A method of adding e-Liquid to the atomiser. A user drips a few drops directly onto the coil. It is believed by many to produce a better vapour production and taste.

Drip Tip: A type of tip that replaces standard tips and allows dripping directly onto the atomiser.

Draw: The equivalent of the ‘Drag’ term used in standard cigarettes. The draw is the process of sucking air through an e-cigarette.

Dry Burn: The process of drawing on your e-cigarette when there is no e-Liquid in the cartridge.

E-Cig: An abbreviated term for an electronic cigarette.

E-Cigarette: An abbreviated term for an electronic cigarette.

E-Juice: An alternative term for e-liquid.

E-Liquid: The main term used to describe the liquid that is vaporised when using an electronic cigarette.

E-Pipe: An atomiser designed to look like a pipe. An example of which is shown below.

E-Smoking: A general term used to describe the use of electronic cigarettes.

Electronic Cigar: An atomiser designed to resemble a traditional cigar.

Electronic Cigarette: The main term used for the device that is used to heat e-Liquid and produce a vapour that can be inhaled by the user.

Filler: Absorbent material found inside a cartridge. It is used to help deliver e-Liquid to the atomiser without it being flooded.

Flavourings:  Flavours are added to e-Liquids to give them specific tastes. Many liquids try and create flavours that resemble well-known foods or drinks.

Flooding: Can occur when too much liquid reaches the atomiser.

French Hit: A method of vaping where the vapour escapes the mouth and is then inhaled through the nose. Also known as ‘Mouth to Lung Hit’.

High Resistance (HR): An atomiser that has a high OHM reading and is used for high voltage vaping.

Hybrid: Sometimes also referred to a hybrid mod.  They are e-cigarettes with the atomiser and battery holder in one unit for a clean and sleek appearance.  Often produced is short production runs.

Juice: A term used to refer to e-Liquid.

Kick: A term sometimes used to describe the throat hit experienced whilst vaping.

Leaking:  Can occur when too much liquid is added to the cartridge. Liquid can leak out into the battery which causes damage.

Low Resistance (LR):  An atomiser that has a low OHM reading is used for low voltage vaping. This produces higher levels of vapour but uses more battery power.

LED:  Stands for light emitting diode. This is the light at the end of an e-cigarette that glows to mimic a traditional cigarette. 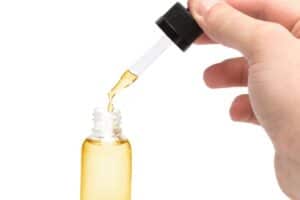 MAH: An abbreviation of milliampere-hour, the term used to describe a batteries capacity to store energy.

Manual: A type of electronic cigarette that activates when a button is pressed.

Mechanical Mod: Also known as a ‘Mech Mod’. These contain no electrical components.

MG: An abbreviation of milligram strength per millilitre. MGis used to determine the nicotine strength of the e-Liquid. Red Vapes e-Liquid range in strength from 0mg to 20mg.

Mesh: The cover of the atomiser bridge, generally made of stainless steel.

Menthol: Derived from Peppermint and used in traditional cigarettes as well as e-liquids. Menthol flavour gives a fresh and long lasting pleasant aftertaste.

Mouth to Lung Hit: Another term for ‘French Hit’.

Nicotine: Found in natural tobacco and added to e-Liquids to simulate the nicotine hit in traditional cigarettes.

OHM: A measure of electrical resistance.

Pass-Through: A device that can plug directly into a USB port and by-pass the battery. This allows the user to vape without worrying about battery life.

Pen Style: One of many types of e-cigarettes. They resemble a pen and are relatively small and thin.

PEG: A abbreviation of Polyethylene Glycol, a common ingredient in many e-Liquids.

Polyethylene Glycol(PG): One of the two main base substances used in e-Liquids.

Polyfil: The standard filler used by many manufacturers in their cartridges.

Resistance: The electrical resistance provided by an atomiser.

Rebuildables: Used by more advanced vapers, this refers to a tank or atomiser that allows you to change coils and wicks.

Silica: The most common material used for wicks.

Starter Kits: A package offered by many e-cigarette manufacturers that includes everything required to start vaping.

Steeping: The process of maturing an e-Liquid and allowing the ingredients to settle by exposing it to the air.

Tailpipe: Directly dripping and inhaling from the atomiser without a mouthpiece.

Tank: A glass or plastic chamber that holds the e-Liquid.

Throat Hit: The sensation on the back of the throat when the vapour reaches it.  Many users like to recreate the throat hit that traditional cigarettes achieve.

TPD: An abbreviation for the Tobacco Products Directive.

USB Passthrough: A device that can be directly attached to a USB port for the purpose of providing power or recharging.

Vaper: The term for an individual who uses an electronic cigarette.

Vape/Vaping: The practice of using an electronic cigarette.

Vapour: The cloud produced by an electronic cigarette.

Vape Butter: The name given to the residue that can build up on atomisers caused by overfilling.

Vegetable Glycerol or Glycerine (VG): One of the two primary base substances used to create e-Liquids.

Variable Voltage (VV): Allows a user to vary the voltage on their device.

Variable Wattage (VW): Allows a user to vary the wattage on their device.

Wadding: Another name for the filling inside the cartridges which hold the juice.

Wick: Made from silica, the wick helps the flow of liquid to the atomiser.

Zero-Nic: An e-Liquid with a 0mg Nicotine level.