When you first start vaping it can seem a bit daunting. There are specialist shops, a huge range of devices to choose from and so many juices it’s almost impossible to know where to begin. Vaping has also developed its own unique set of names and terminology, which to those new to e-cigarettes, can make the whole process even more confusing.

Propylene Glycol (PG) and Vegetable Glycerine (VG) is one of those areas that can sometimes make little sense to new vapers. Essentially PG and VG do the same job so why do we need both when making e-liquids any why do different e-liquids have different ratios of PG and VG?

This blog post will aim to explain precisely what PG and VG are, how and why they are used in e-liquids and also try and answer all those other questions you probably thought of but never bothered to Google the answer for!

What are PG and VG

Propylene Glycol (PG) and Vegetable Glycerine (VG) are two of the four key components of e-liquid. The remaining two being nicotine (assuming it’s not a 0mg juice) and flavourings.

Propylene glycol is a clear, colourless and odourless liquid. It is also hygroscopic which means it is capable of attracting and holding water molecules. It’s this hygroscopic property that makes PG such an essential part of an e-liquid. 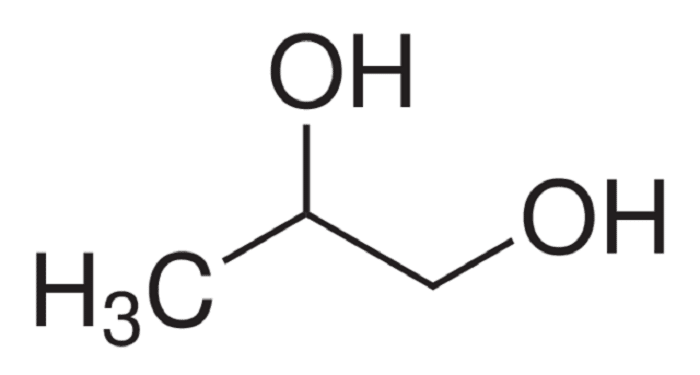 Propylene glycol has been used for over 50 years in a large variety of applications. It is commonly used as a mixing agent in topical, oral, and injectable medications and can also be found in moisturisers and other cosmetic products. PG is also widely used in fragrances as a dispersant and food as an additive.

Within e-liquids PG is a one of the two commonly used carrier bases. They are used to carry the flavour in e-liquid during the heating process as it converts from a liquid to a vapour. The hygroscopic properties of PG make it a very effective carrier which is why it is a key ingredient for many e-liquids.

PG has been used in a large range of products intended for human use for over 50 years. Studies have shown PG is safe when ingested orally, and the FDA in the US has deemed that PG is generally “recognised as safe for human consumption”.

Propylene Glycol can cause health issues in some animals especially cats where a condition known as Heinz body formation has been noted. This is a form of anaemia when red blood cells are destroyed. If you are a cat owner and use e-liquids which contain PG ensure that your furry friends are kept well clear. Should your car ingest any e-liquid, seek a vets help immediately.

Are There Any Side Effects to PG

Side effects are rare with propylene glycol but have been known. Should you notice any unpleasant side effects when vaping e-liquids containing PG, then you may be one of the small number of people who have a sensitivity. Dry mouth, excessive thirst and sore throats have all been reported as symptoms although these are also common for many people in the first few weeks of vaping and generally pass relatively quickly.

Vegetable Glycerine is a colourless, odourless and viscous liquid, meaning it is thick and has a resistance to flow (a little like honey or golden syrup reacts when poured from a jar). It is derived from vegetable oils, is naturally occurring and safe for human consumption. VG has a slightly sweet taste and is therefore widely used in the food industries as a sweetener and also as a thickener.

Like Propylene Glycol, Vegetable Glycerine has been used extensively in medical and personal care products for many years. VG is found in toothpaste, liquid soaps and hand cream, makeup, bubble bath, shaving foam and deodorants.

As with PG, the FDA is the United Staes have categorised VG as “recognised as safe for human consumption” and it is very unusual to have an allergic reaction to VG when vaping. VG has been used extensively for many years in all manner of foods and medicines designed for human consumption and is known to be one of the safest substances available.

Are There Any Side Effects of VG

There are no known side effects attributed explicitly to vaping high VG e-liquids. If you experience dry mouth, sore throats and excessive thirst when using a high VG liquid drink plenty of water and the issues should pass after a few weeks. If they don’t, it may be worth experimenting with PG/VG ratios and see if the symptoms ease.

What PG/VG Ratio Should You Be Using

There is no right or wrong level of PG/VG in an e-liquid and what you choose will depend on what you are looking for from your vaping. Although they perform largely the same task they do have different properties which deliver different vaping experiences for the user;

Flavour – If you are vaping for the flavour and aren’t fussed about the amount of vapour produced then look for liquids that contain higher levels of PG. PG is a better flavour carrier than VG, and this means that the more PG, the more flavour is delivered. In general, a 50/50 PG/VG mix will provide good levels of flavour while also producing some decent size clouds.

Clouds – As you’ve probably established from reading the above the more VG used in an e-liquid, the better the cloud production will be. If you like your liquids to deliver some big vapour, then look for 80/20 and 70/30 mixes such as Urban Sky.

Throat Hit – If you’re looking for that familiar hit on the back of your throat that you enjoyed when smoking then you should be looking at e-liquids with a high ratio of PG.

Smooth Vape – VG is a thicker, denser compound and this transfers through to the vapour to create a smoother feeling on your throat. If you don’t mind sacrificing a bit of flavour for this smoother sensation, then look for 60/40 VG/PG mixes or above.

As with most things vaping, a bit of experimenting is key to your long-term enjoyment. By trying different flavours, different PG/VG mixes and different setups on your device you can learn more about what works and what doesn’t. If you’re really new to the world of vape and all the jargon and choice still feels a little mind-bending then head to your latest vape shop for advice on where to start.