Actually studies have shown that there is no link between nicotine and cancer. Whilst consuming nicotine may increase the size of an already existing tumour, it will not be the cause of a tumour in the first instance.

The other chemicals that are used in cigarettes are far more harmful than the nicotine itself. Burning the tar and chemicals causes toxic gases to be released, which is where the real risk to your health comes from and how the cancer cells are formed.

This is based on a very outdated experiment done in the 19th century. In actual fact, if you were to consider that cigarettes contain between 4 and 14 mg of nicotine, you would expect that chain smokers would be dropping like flies.

A much more realistic figure of a lethal dose would be 500 – 1000 mg. You would begin to feel nauseous and start vomiting if you had consumed to much nicotine, making it very difficult to consume a lethal dose.

While nicotine is a stimulant, it is a temporary effect such as one you may receive from caffeine. Obviously it is not comparable to caffeine in its overall effect on your body, but there are similarities. More on this is discussed below.

Nicotine is a stimulant and as such is highly addictive, which in turn may get you hooked on smoking cigarettes.

The way nicotine is consumed has a great impact on the effect it will have on your body. As already mentioned, when smoked in a cigarette, the other chemicals in that cigarette can cause multiple health issues.

Nicotine can be lethal to small children in quite low doses, and as it is absorbed through the skin, it is best to keep E-liquids away from children. There have also been links between nicotine absorption and negative impact on breastfeeding and unborn children. These are still inconclusive but worth considering, verywellmind.com discusses this further.

As you can absorb nicotine, if you mix your own liquid, it is advisable to wear gloves to avoid overexposure to the nicotine which in turn could lead to dizziness and vomiting.

However, having said that, this would be from long-term and high usage of nicotine, and as yet, there is no hard evidence to show that E-cigarettes are linked to heart or respiratory conditions.

The biggest risks from nicotine are still found to be when smoked in a cigarette with all the other harmful chemicals.

The Side-Effects Associated with Nicotine and Vaping 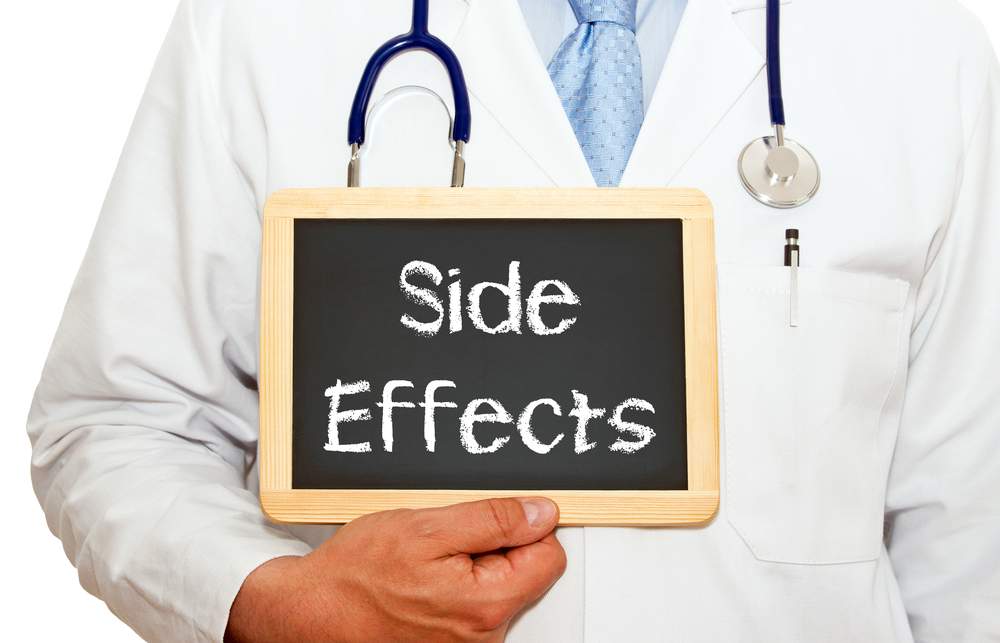 Nicotine has been linked with gastrointestinal disorders in so far as some people have experienced nausea and stomach pains when switching to vaping. This could be due to having levels of nicotine that are too high in the E-cigarette, which is easily solved by reducing the levels.

Some have also reported suffering from heartburn when switching to vaping. Again this is a temporary state that can be decreased by lowering the level of nicotine, and as your body adjusts, it should disappear completely.

Using E-cigarettes may initially cause some irritation to the throat and make you cough. This is because of the way you are inhaling the nicotine. This effect should pass with time and is still a lot less than smoking a cigarette.

E-forums have discussions on some of the side effects people have found when switching to vaping from smoking. Take a look at
ecigarettedirect.co.uk/ashtray-blog/2015/03/e-cigarette-side-effects

It is worth noting here that there are no scientific facts to support that vaping is the cause of any of these side effects and that any symptoms you feel could simply be down to withdrawal symptoms from smoking.
In all instances, it is worth adjusting the levels of nicotine in your vape device until you have one that you are happy with.

Does Nicotine Carry any Benefits?

Well, this is a tricky question to answer. In a way it does. We have already noted that nicotine is a stimulant, which carries negligible risks to a healthy person. As such it releases the dopamine chemical in your brain which in turn makes you feel good. You may feel energised and have better concentration after smoking a cigarette or vaping.

It has been shown that the way receptors in the brain bind to nicotine may enhance your memory, movement, coordination and concentration. This, in turn, has been shown to help with diseases such as Parkinson’s and Alzheimer’s. More information on this can be found here.

Nicotine also acts as a sedative which will make you feel more relaxed when anxious. Your body automatically uses the nicotine for the desired effect without you even having to think about it.

This ability to make you feel more energetic and focused or relaxed and happy is, of course, part of the reason nicotine is so addictive. In physcologytoday.com they discuss just how hard it is to overcome the addiction to nicotine, and the use of replacement sources of nicotine such as E-cigarettes can be really beneficial to wean yourself off of the more harmful smoking choice.

It has been shown that nicotine acts as an appetite suppressant. This may on the face of it appeal to some people, but the reason is because when smoking a cigarette, smokers are in a constant state of mild hypoglycaemia as nicotine suppresses the output of insulin from the pancreas while also giving a rush of adrenaline which causes a sudden release of glucose.

What Happens with Repeated Exposure to Nicotine?

If you are a habitual user of nicotine products, you will develop a tolerance to it. This then leads to your body craving higher doses to achieve the same initial effect.

Smokers often say that the first cigarette of the day is the best one. This is because overnight, the nicotine has disappeared from the body and some of the tolerance has been reduced. During the course of the day, however, your body rebuilds its tolerance and the effects of that initial high get reduced.

So Just How Harmful is Nicotine?

In conclusion, nicotine itself is not that harmful to your body. The side effects are minimal and usually not long term.

However, the addictive nature of nicotine is dangerous as your body craves the gratification of the high or calm effect it provides, which in turn can lead to a smoking addiction which is very harmful.

Quitting smoking is extremely difficult because of this addiction to nicotine. Many smokers who initially try to quit ‘cold turkey’ will return to smoking within a year. Using alternative sources for your nicotine, such as E-cigarettes, can significantly increase your chances of weaning off the addictive properties and therefore make you more likely to be smoke-free for good.