It is common knowledge that smoking around children is a big No No! The damaging effects that second-hand smoke has on infants and young children’s developing bodies can last a lifetime. Kids who grow up around a smoking parent are also three times more likely to take up smoking themselves.

But what about vaping around children? Do the same levels of caution need to be applied or can you puff away happily safe in the knowledge that there are no harmful effects to little lungs inhaling your vapour?

The best place to start is to look at what the vapour produced from e-cigarettes contains and review the studies that have been carried out into passive vaping.

What Does E-cigarette Vapour Contain?

There have been lots of scare stories in the tabloids reporting the presence of all sorts of other nasties. However, now that the UK is complying with the Tobacco Product Directive (TPD), e-liquid testing is mandatory, and consumers can, therefore, be confident that the liquids they are buying only contain the ingredients that should be there. This is, of course, assuming that people are buying their liquids from a reputable and trusted supplier.

With this in mind, we can now look more closely at one of the most comprehensive studies carried out into e-cigarette vapour.

The study named, Comparison of select analytes in aerosol from e-cigarettes with smoke from conventional cigarettes and with ambient air, was carried out and published in 2014. The paper was made freely available, and you can take a look yourself by Clicking Here.

As you will see the paper is relatively lengthy, but they very helpfully sum up their key findings at the start;

What does this mean?

To try and translate the above points into layman terms;

From a vaper’s perspective, this is all very positive. Putting our question regards vaping around children to one side for a minute this study seems to tell us that you don’t need worry when using your e-cigarette around other people. Nobody wants to be responsible for endangering the health of others, and it would seem from this evidence that passive vaping presents a minimal health risk.

However, it’s worth noting that vaping is still a relatively new phenomenon and therefore there is a shortage of studies that look into its long-term effects. Research is being carried out, and so it’s worth keeping up with new studies as they are released to ensure you remain informed. 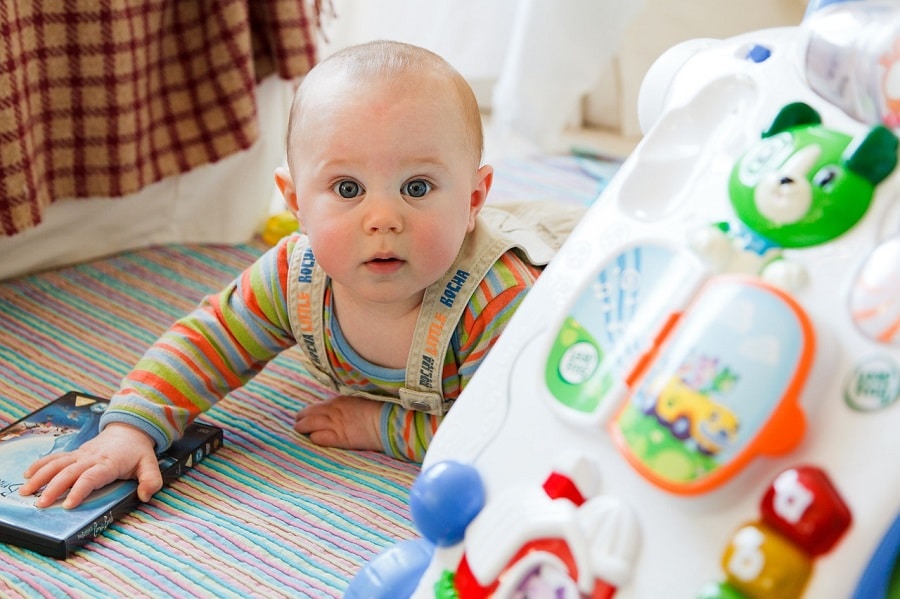 Is Vaping Around Children Safe

Back to the question at hand, is it safe to vape around kids?

According to the above study, there is very little, if any, harm that can be caused by exposure to e-cigarette vapour so surely the answer is yes.

But are we asking the right question?

Is it really fair to subject a child or infant to e-cigarette vapour when they have no choice in the matter?

If your vaping with other adults who also vape then it’s highly unlikely that anyone will object. If you want to use your e-cigarette around people who don’t vape then, most vapers would ask if anyone minds or perhaps move away, so the vapour doesn’t bother the other people.

An infant or child can’t give informed consent as to whether they mind an adult vaping near them. Although it’s undoubtedly safer to inhale vapour rather than smoke, realistically they should be subjected to neither. Even if the risk to a child’s health is negligible, then the only sensible course of action is to vape when they’re not present and can’t inhale the vapour.

E-Cigarette Safety around the Home

Another area to consider if you’re vaper with children is their safety around your equipment, in particular, your e-liquids. Although a 10ml bottle of e-liquid is small a higher strength nicotine juice, if consumed by a small child, would cause unpleasant side effects.

The best practice is to keep all your vaping equipment safely out of reach from little fingers, ideally under lock and key. Filling of your device should be done when children aren’t around as it’s very easy to leave a bottle unattended or worse, with the lid off, making all too easy for inquisitive hands to get hold off.

We know vaping is safer than smoking in virtually every measure possible. However, it is still worth being cautious in certain respects. Vaping around children is one of these areas. Although it may be inconvenient for the vaper in question, it is in no way responsible or fair to use an e-cigarette when children are present.